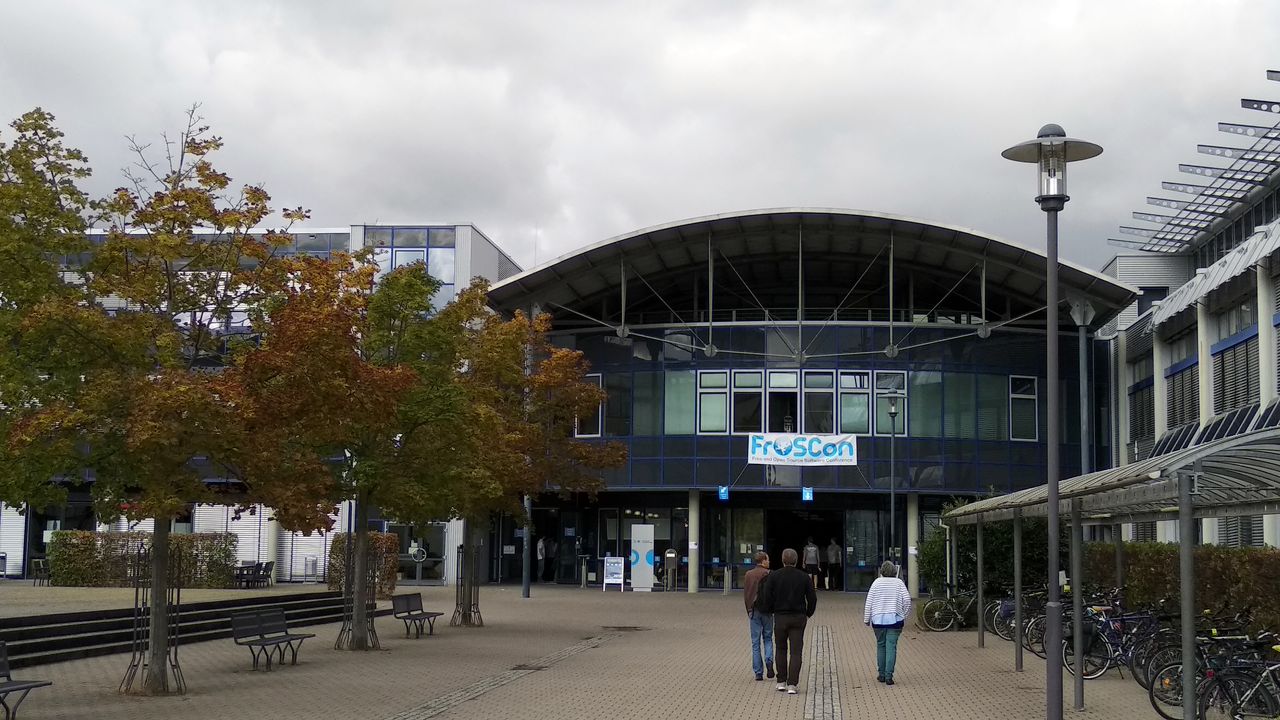 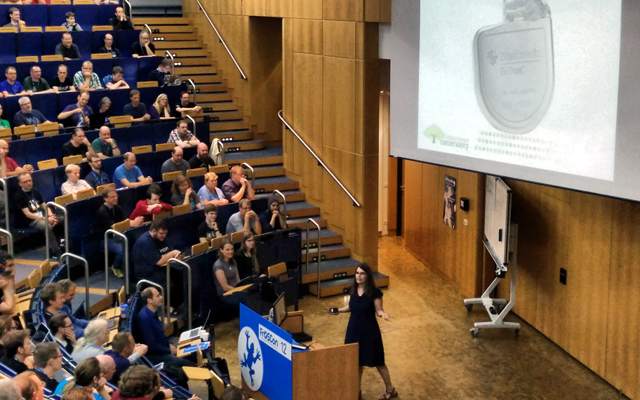 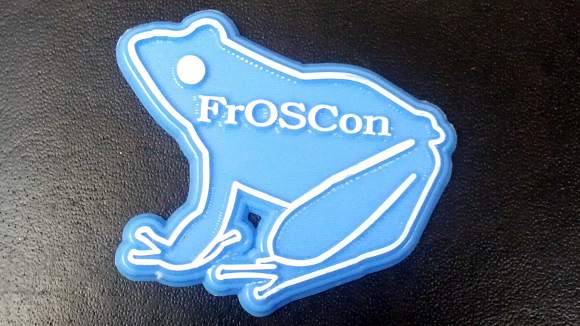 As I said before, I attended FrOSCon, the Free and Open Source Software Conference, in Sankt Augustin on Saturday. It was my first time at FrOSCon, and I must say I instantly felt very much at home there. Great talks, friendly people, and a relaxed atmosphere: What more can you expect from a nerd conference?

Having to choose from about six to ten parallel talks was no easy task, but I found something interesting most of the time. The first session was held by Lorna Jane Mitchell. She told us how Open Source changed her career. She is actively participating in PHP projects, organizing PHP events, and generally trying to help where she can. Because of this she was presented with interesting career options in the past and will probably in the future, too. Well done!

Then I switched tracks and found myself in a talk about MySQL command line tools. We could have skipped the general shell introduction and should have moved fast forward to the various possibilities the mysql CLI offers. But still, I learned about some great commands like pager, if only in the last ten minutes of the presentation.

The award for most inspirational talk of the day goes to Jon "Maddog" Hall. He gave some great examples of how useful Open Source Software can be in developing countries. Access to information is the pivotal point in many cases, and OSS is a great, cheap and lasting way to achieve this. But you have to be careful if you wanted to achieve sustained success, because the local conditions may differ from what you know or expect. Let's see how Maddog's latest venture in Brazil, Project Cauã, evolves.

Later on, Michael Prokop talked about his experience managing OSS projects. If you want your software to be successful, it's not enough to write good code. Clever marketing, involvement of the community, distributed version control, bug reports, and even the name of the project play major roles on the road to success.

I spent more or less the second half of the day in the PHP room. The PHP track had been organized by the fine people of the PHPUG Dortmund. Manuel Pichler talked about software metrics and PHP Depend, Christian Weiske gave an introduction on the Semantic Web, especially on Microformats and RDFa, and Kore Nordmann introduced us to the Arbit project tracking tool and some of the features that are planned for future releases. Maybe, hopefully, we can have one of them at our local PHPUG in Mainz later this year, we'll see.

The Event In General

First of all, the location is perfect for an event this size. The modern lecture rooms had just the right size and all were equipped with projectors. A lot of software projects and companies, from KDE to Python to FreeWRT to Openstreetmap, set up their booths and presented their work there. I took a long look at KDE 4.5, for example, but still don't like it

On the other hand, I will certainly take a closer look at the Skolelinux distribution because I'm currently installing software for an educational project.

The was plenty of coffee and Club Mate, of course, and the food in the refectory was okay, at least the vegetarian meal. I also bumped into quite a lot of people I know from earlier conferences, meet-ups, or Barcamps. The whole community aspect of FrOSCon is one of its major assets, I guess. Feels like a natural habitat to me - that's why I'll probably return next year. Well, in fact, I will return because I did not find Fachhochschule Sankt Augustin this time - must have been really, really blind.

So, thanks to all the people who helped to make FrOSCon a great event!